“A fact is a funny thing. It seems like a fact is something everyone should agree on, but in truth nowadays most “facts” are produced by someone defending a conclusion, which means that their facts have to be questioned. In fact, the most successful entrepreneurs, thinkers, and inventors who have changed the world questioned things that everyone else considered a fact.

“If man were meant to fly, he would have been born with wings,” is a fact that was true … until it wasn’t.

Famously, Sean Spicer in the early days of the Trump administration was derided for his statement, “Sometimes we can disagree with facts.” In Spicer’s case he was talking about the number of people who attended the Trump inauguration vs. the Obama inauguration, and the pictures were more than conclusive that Obama’s inaugural attendance was much higher than Trump’s (double, triple, more?).

So, we fast forward to a new administration and facts that they don’t like start creeping in. President Biden claimed that inflation wasn’t real and would quickly pass – that wasn’t real. He claimed that our “economy is strong as hell” – it isn’t. He claimed that store shelves were full – and they weren’t. But it wasn’t just Biden, others in his administration and allied members of the media were following his lead, attempting to deflect from the “facts.”

One was Lina Khan, chair of the Federal Trade Commission (FTC), which takes part in an annual federal employee survey that “assesses how employees jointly experience the policies, practices, and procedures characteristic of their agency and its leadership.”

Year after year, spanning multiple administrations, the FTC consistently ranked at the top of the federal government in how its leadership was viewed, peaking at an almost 90% favorability rating for high standards of honesty and integrity. However, under Chairwoman Khan’s leadership that number dropped to about 50% in just her first year as head of the Commission. When asked about that decrease, she merely shrugged it off as one datapoint – she was disagreeing with the facts.

Politicians often don’t like facts or being confronted with anything that forces them to admit that their message is wrong, their policy is flawed, or their leadership isn’t up to par. They don’t like adjusting as the world continues to either evolve or prove their original assumptions wrong. They are scared that their ignorance will be exposed. Honestly, this is understandable.

However, now in the second year with Chairwoman Khan at the helm, the survey results are out again and the Honesty and Integrity number has dropped even further with less than 50% of the employees at the FTC believing that their leaders act with high standards of honesty and integrity. Chair Khan was likely in the right to shrug off one year of survey results, but now she has a real “fact” in front of her, and now we can see if she is a true leader or not.

The smart money is on “No,” but Chair Khan could take this now proven fact to heart and adapt, like successful leaders in other industries have done in the past. She could stop her Commission from attacking companies with cases they know they will lose, costing both the agency and the company precious assets. She could allow employees to start engaging the community again. She could act like a true leader and let the people who are hired to do a job – do a job – instead of micro-managing the agency.”

Read the rest of the article here. 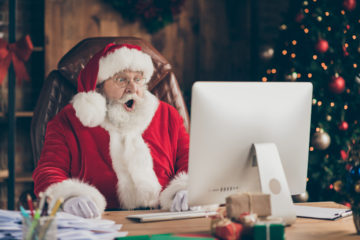