The Market Institute President Charles Sauer has a new article in Real Clear Markets examining the social media landscape. In recent years, the government has gotten in the way of the free market forces governing the tech sector.

“The Prime Directive on Star Trek, America’s oldest and most recognizable science fiction franchise, is that our astronaut heroes are forbidden from interfering in the development of cultures outside their own. Basically, this idealized version of the future is one where everyone is a space libertarian.

Good message nowadays for people of all political stripes.

The way some progressives and conservatives fret about the power of “Big Tech” would make one think the social media landscape was dominated by a cabal of a few secretive billionaires. These claims are not true, not in the United States and certainly not for the world writ large.

Older Millennial and Gen-Xers may be surprised to see MySpace still shining in this universe, albeit not very brightly. The history of MySpace provides a valuable lesson for those who think only government action can limit the power of a successful social media company. Launched in 2003, MySpace was the most visited website in America by 2006, inspiring Rupert Murdoch’s News Corp to pay $580 million to buy it.

When News Corp sold it four years later, media reports indicated the sales price was just $35 million dollars! By then, MySpace’s audience had been sucked into the black hole of Facebook’s overpowering gravity well.

MySpace’s decline was not just because of the rise of a social media site that began as prank in a Harvard dorm, but poor business decisions. One of these was an advertising deal with Google. This was good for MySpace’s short-term bottom line, but bad for the site’s long-term viability, as a surfeit of ads  chased users away, many to Facebook. Another mistake was a site redesign that not only failed to attract new users (or attract users back to the site) but drove existing users away.

When the once-powerful social media platform was sold it was not uncommon to hear people talk about how they had not used their Myspace account in months or even years. Today, it is not uncommon to hear young people say they have left Facebook because it is a site “for old people.” At the same time, some older Facebook users who use social media to share conservative stories or memes see Facebook as a site eager to silence anyone to the right of AOC because of their “community guidelines.” These right-of-center social media users are leaving Facebook for sites like Parlor and MeWe which market themselves as free-speech friendly alternatives.

The rise and fall of MySpace and the current problems facing Meta are how a free market is supposed to work. This system benefits consumers as it forces existing market leaders to consistently update their offerings to maintain existing users and attract new users.

The one thing that could damage this ecosystem is foolish government laws and regulations, for example, the misnamed “American Innovation and Choice Online Act” (S. 2992). This bill, which may be considered in the lame duck session of Congress, is aimed at preventing Big Tech companies from “preferencing,” when a business promotes its own products over those of third-party vendors, they allow to use their platforms.”

Read the rest of the article at Real Clear Markets here. 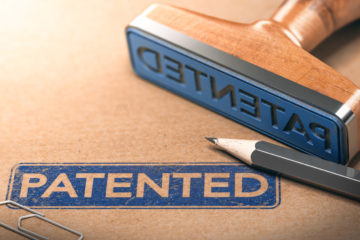